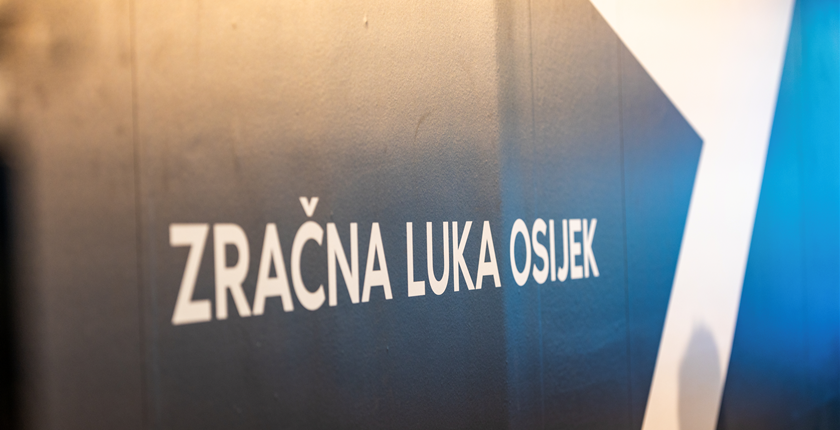 Minister of Maritime Affairs, Transport and Infrastructure Oleg Butković accepted the initiative proposed by Mayor of Osijek Ivan Radić to invest 50 million kuna into the reconstruction of the passenger terminal of Osijek Airport. Minister shared the information during the question hour in the Parliament. The financing is the extension of investments into transport infrastructure in Osijek and Osijek-Baranja County.

Currently there are several investment projects in Osijek – the modernisation of tram infrastructure, new low-floor buses have been procured, the Railway station main building is reconstructed and a big underpass constructed at the entrance to Osijek in Sv. Leopolda Bogdana Mandića street. After the reconstruction of the passenger terminal, Osijek Airport will easily compete with other airports. As far as Osijek-Baranja County is concerned, the final 20 kilometres of the Corridor Vc motorway from Osijek to Beli Manastir are being constructed.

This investment will include the reconstruction of the passenger terminal and corresponding infrastructure, funded by the Ministry of Maritime Affairs, Transport and Infrastructure over the following two years. Soon a call for tenders will be issued, marking the beginning of the investment.

It is a part of the current investment cycle including a series of investments in transport infrastructure throughout Croatia, so far worth more than 25 billion kuna. Over the past few years, significant funds have been invested in the reconstruction of three airports, in Zagreb, Split and Dubrovnik.